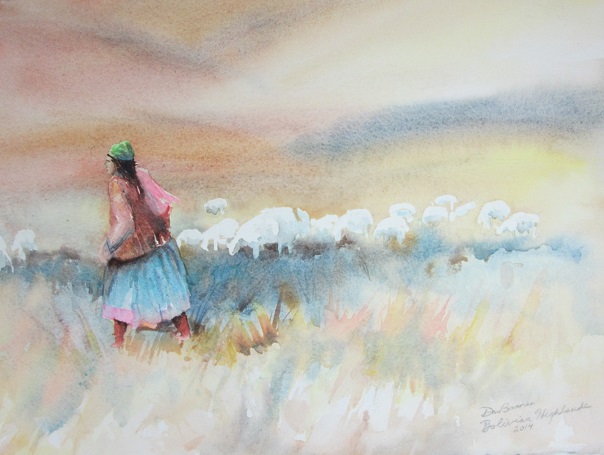 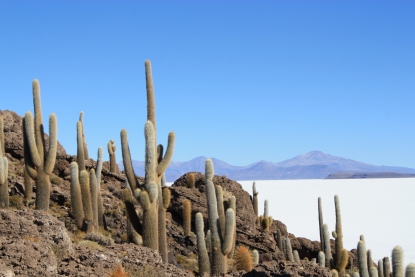 After leaving Puno, Peru on the shores of Lake Titicaca we headed south into Bolivia through the high arid plains known as the altiplano.  We spent a couple of days in La Paz, which is considered the highest capital city in the world at 11,975 feet. We stayed at a small hotel in the central area of the city and made up our own walking tour as we went.

The Witches Market also known as La Hechiceria was really interesting in that they sold witch craft supplies with lots of obscure and strange products necessary to carry out traditional spiritual rituals from the Aymara world. Dozens of vendors line the streets and sell everything from dried frogs, snakes, owl feathers, llama fetus as well as the usual things like post cards and key rings.  Good times.

While I was in La Paz  I read a book called “Marching Powder”, by Rusty Young;  A true story of friendship, Cocaine and South America’s strangest jail. If you are planning a trip to La Paz this book is a cautionary tale and will give you an interesting perspective on drug smuggling and prison life in Bolivia. You can also visit this prison which is now officially closed.

Back on the road to the Uyuni Salt Flats we ran into a road block in Oruro that lasted for about twelve hours which offered me the opportunity to sketch and paint.  When the road finally opened again it was getting dark and so we pulled over to a road side stop to camp for the night. In reality it was more or less a garbage dump and make shift memorial for unfortunate travelers.  I normally only post pictures of my art work for this blog but sometimes a photograph tells the story better.

The salt flats at Uyuni are the largest in the world at 4,086 square miles.  We spent a day driving on the flats and for the most part it looks like snow.  A popular tourist  excursion is to drive to Incahuasi “island” in the center of the salt flats. The island is covered in very large cactus and offers a really good vantage to see the salt flats from a higher view point.  The sketch I did of the Cemetery of Trains was inspired from this day trip.  It is a place very close to Uyuni and unique in its own way.  It seems like the kind of place Pink Floyd would have used for an album cover.

5 thoughts on “Journey Around The World – Bolivia”